Dealing with Violence in Society

Dealing with Violence in Society

A pair of brothers released from jail on parole have been charged with fatally shooting Nykea Aldridge, cousin of NBA star Dwyane Wade, in Chicago.
Darwin Sorells, 26, and 22-year-old brother Derren, who are both documented gang members, were charged with first-degree murder Sunday over the death of Aldridge, 32, a mother-of-four.
Both are repeat gun offenders, Chicago Police Superintendent Eddie Johnson confirmed, and both were out on parole at the time of the killing.
Speaking about Darwin, Johnson said he is a six-time weapon offender who was jailed in 2013 for six years for another gun crime but released on parole in February.
…
Detectives said the shooting occurred Friday when a taxi driver working independently pulled up close to Dulles School of Excellence at around 3pm.
The man, who has not been identified, was transporting a group of women home when he made eye contact with the Sorells brothers out of the window of his car, cops said.
He walked the women into their house, but when he reemerged he found the brothers waiting by his car armed with pistols, detectives say.
Police say the Sorells brothers falsely believed the taxi driver was armed, knew he was from a different area and objected to him being on their turf.
The brothers chased after the driver as he fled the scene on foot, cops say, and began firing at him.
While the brothers failed to shoot the driver, two bullets did strike Aldridge as she walked nearby, hitting her in the head and arm.

The gang-banging Sorells brothers are part of a feral subculture within the larger American society that is predatory and nearly primal in how they view the world. In this instance, they decided to try to murder a man for being a stranger that made eye contact, which they took as a sign of challenging their dominance over what they viewed as their territory.
This is the sort of behavior we often associate with wild animals, but it is in fact the norm for much of human history, and is a current problem in many parts of the world even today.
The simple fact of the matter is that there are people who are predators by nature or nurture or a combination of the two, and they don’t think like you and I.
To them, violence is a tool, if not a form of currency.
They do not see other human beings as contributing members of society to be valued, but as either fellow predators to be either challenged or submitted to, or as prey to be exploited. Some of these people commit violent crime as a job. Others simply enjoy it.
This is a reality that your average citizen can’t or won’t admit exists, because it is terrifying. Admitting that this world exists is to admit that this is a serious problem. Even more worrying to a Disneyfied world is the realization that the only way to deal with this kind of threat is the sudden, precise, and overwhelming application of the tool of violence.

Let’s be very clear on something that our modern, genteel society has dangerously wrong.
Violence is neither good nor evil.
Violence is merely a tool.
Good people use the tool of violence all the time to save lives and prevent evil people from harming others. These practitioners of benevolent violence are members of our armed forces, law enforcement officers, and regular people just like you and I.
I hope to live the rest of my life without again running into men like the Sorells brothers. I did once, and the outcome wasn’t pretty.
I “read” a man like them at a bar once in Greenville, NC, in 1995. The guy was sending all sorts of signals that warned me he was a threat, even if I couldn’t articulate those concerns at the time. His body language was “off.” The way he was looking at other people, and the way he acted was “off.” I urged my friends to leave for another bar. That proved to be a good call. Several hours later and a block away, this man murdered a college student who tried to take “his” taxi. He then emptied his gun into a police officer, who was fortunately took those rounds in his body armor, and survived.
I hope to never have to resort to using the tool of violence to save my life or the lives of others, but I know that this tool is one that we need to understand. I also know that if I educate myself about the tool of violence, that I’m better equipped to avoid finding myself in situations where I may find it used against me, or where I have to use it on others.

One of the nicest and most deadly men I’ve ever met, Steve Tarani, coined the term prefense as “a holistic approach to preventing bad things from happening to good people.” I can’t recommend his book on the subject enough, as the knowledge he imparts goes a long way towards making the same points that Mr. Larkin does in the video above, but in a way that you can more easily apply to avoid putting yourself in a compromising position.
As loving mothers and fathers, sons and daughters, we need to understand that the tool of violence is not bad, it simply is.
Violence is something that exists and which is surprisingly common, and so we need to learn how to work with this tool.
In this modern era, the fighting handgun is the most reasonable way for an average person to apply the tool of violence to solve a life-threatening problem.
An average person can obtain a handgun of reasonable quality, take a few training classes, and, if they continue to practice what they’ve learned at home in dry practice and with occasional trips to the range, be well-prepared to apply the tool of violence against human predators.
Indeed, even the poorly trained or untrained have a surprising record of success against violent criminals who expected an easy target. Our Guns Saving Livessection is filled with people with minimal training who prevailed over criminals.  Of course, the poorly trained or untrained are also the most frequent contributors to our negligent discharge stories as well, are more prone to be arrested when they used a gun at the wrong time, and sadly, don’t win as many of the violent encounters as we’d like against human predators.

I go to firearms and non-ballistic weapon classes not because I’m looking for a fight, but because I want to develop the skills to avoid confrontations if at all possible, and the best way to do that is to learn how those confrontations take place. At the same time I’m learning the skills to avoid these dangerous confrontations I’m learning how to decisively prevail in these confrontations, which saves lives on both sides.
It may seen paradoxical to the uninitiated, but the better you are at armed self-defense, the less likely you are to need to apply it.
You’ll notice potential threats and be able to avoid them, and if you’re well-trained and can’t avoid a deadly-force encounter—say, you make eye contact with a pair of thugs like the Sorells brothers and they decide to ambush you for that unforgivable sin—you’ll have the advantage of being able to default to your skill and training to deliver precision aimed fire to put shots into their vital organs and end the threat they pose with a minimum of rounds fired.
The tool of violence has always existed, and will always exist.
It’s up to you to decide whether it will be used against those you love, or if instead you will learn to use it to protect those you hold most dear to your heart. 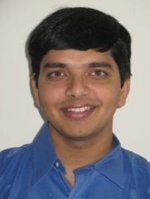 Still Made in USA

Made in USA Forever